Nothing brings you around quicker than seeing your name on a death certificate. I stumbled upon my father’s while pulling things together for my upcoming move out west. Robert Sr., to whom I am his junior, passed away in March, 1977.  He was 57. Sobering in every sense of the word.

I had two strong emotions when I read it again: How much I missed him and the sad, difficult, brevity of his life.

My immediate difficulties pale in comparison. I will now, instead of shrinking from my challenges, embrace them. Every big watershed moment in my life has yielded enormous gifts, though I didn’t recognize them until after they passed.

I remember frying fish sticks in a mess hall at Fort Carson, Colorado for 700 troops. Mind numbing. The mess sergeant approached me to give me a heads up about an upcoming levy for a large order of warm bodies to do a year in a moist, sunny climate. Vietnam. I thought to myself, so this is how my life’s going to end?

The sarge liked me and wanted me to stay where I was for a while. He said, “Kid, if I can get your name pulled off that list, would you want to stay here and work for me? Of course. Who wants to die? Then he left for headquarters to work his magic.

While he was gone, I kept looking at those fish sticks floating around in the grease. Is this it? Am I gonna spend my whole two years standing over a Fryolator? This would be like going to a famous steak house and ordering a grilled cheese sandwich.

My yin started going at my yang. Should I stop him? What are you nuts? Don’t you remember Morley Safer standing in front of that burning hooch with women and children screaming? Remember the gun shots, rockets and mortar rounds driving the CBS Evening News’ ratings up and scaring the shit out of your poor mother in the bargain?

We’ll have none of that, Bobby Boy. Now, keep flipping those fish sticks. Who in the world would knowingly volunteer for a tour of hell? Besides, if Nora found out I volunteered, there would be hell to pay.

He was gone about an hour. Just when I had reconciled myself to weekends in Denver, he gave me the bad news. I was gone. Nothing he could do. Well then, it was settled. Now it wasn’t my decision.

The die was cast. Time to gear up for the new adventure. And an adventure it was, Cecil B. Demille couldn’t have made that movie up. Grew me up in a hurry. For my parents, it was 365 days of white knuckles and slowly disseminated  information. Hell.

This is my back pocket story. I keep it next to my father’s death certificate to remind me to Carpe diem my ass off. Every goddam diem. Thanks, Dad.

Comment2 | Share | Tweet | Share | print | email
Category: Business
Disclosure of Material Connection: Some of the links in the post above are “affiliate links.” This means if you click on the link and purchase the item, I will receive an affiliate commission. Regardless, I only recommend products or services I use personally and believe will add value to my readers. I am disclosing this in accordance with the Federal Trade Commission’s 16 CFR, Part 255: “Guides Concerning the Use of Endorsements and Testimonials in Advertising.” 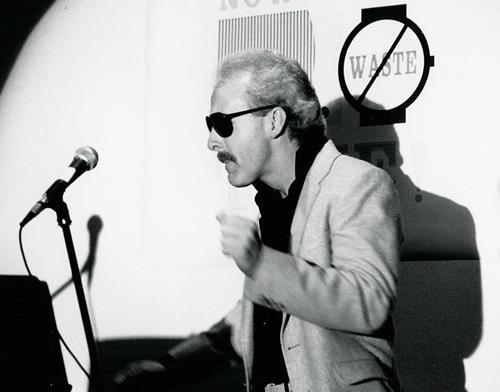 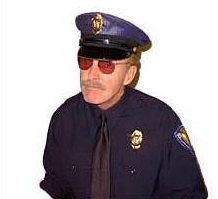